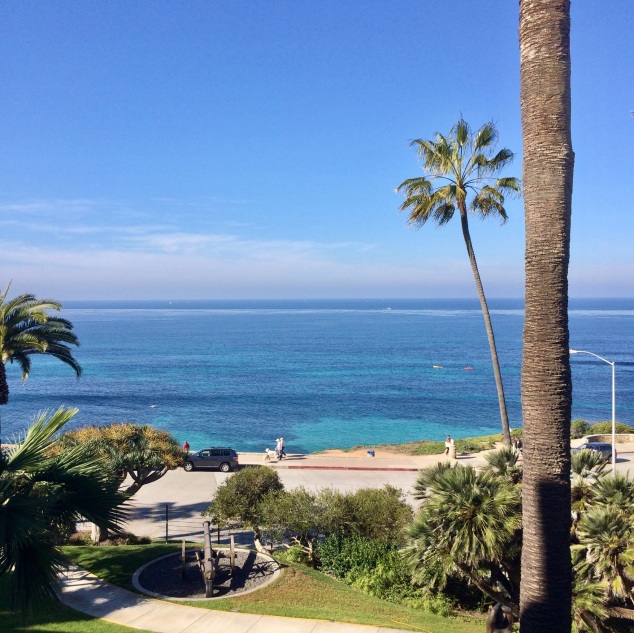 While we were waiting and the months were going by, I started to wonder if we needed to widen our parameters for saying “yes” to a placement.  We’d only received three calls in five months and had turned them all down fairly quickly.

But at the same time, we weren’t necessarily in a huge rush. Dustin and I knew things would be really different soon, and we did our best to enjoy our freedom. We went on dates. Slept in. Hung out with friends and hosted parties. We took a road trip to San Diego in January to see our friends who were living out there. Honestly, while we were waiting, we just continued to live our lives as normal, sometimes forgetting that at a moment’s notice our whole life could change.

During the first week of February 2015, I got a call from our licensing worker asking if we’d be willing to foster 3 kiddos – a boy and two girls. The girls were within the age range we were looking for and the boy was a little older. While I was starting to feel a little antsy about saying no, I still felt like this wasn’t the right “yes” for us.

I said no, but told our licensing worker to let me know if they couldn’t find a placement, and we might reconsider. I didn’t hear anything the rest of that day and assumed they found another home that was a better fit.

About a week later, she called again.

“Would you be willing to take the two girls we talked about last week? The family they are with has decided to continue fostering their brother but would like the girls to be moved so that they can keep up. The goal is still to return home, but it’s looking more and more like this situation will end in adoption.”

Like the good Father than I know He is, I believe God began preparing all of our hearts for the journey of our family well before this phone call.

During the early years of their lives, when those two precious girls were born to parents who were not able to adequately care for them, our eyes were being opened to the deep levels of need in this world. We were learning more about vulnerable people groups and those on the margins of society. We began to read about the orphan crisis around the world and the deep need for foster parents in our own cities in the United States.

When we clearly felt God’s urging to pursue our own family in an unconventional way, we were living in Oklahoma and our girls were already living the earliest days of their stories, which were not yet intertwined with ours. It’s still sort of surreal to think about.

I remember praying with Dustin during those pre-fostering years – for God to be with our future children in a special way. We were aware that they had probably already been born, and that in those very moments that we were praying, they were likely experiencing trauma in some form. Our prayers were for God to comfort them, make himself known to them, and keep them close. I don’t fully understand the way that prayer works or how it all fits together, but I know that those early prayers connected us to our daughters in a deep way, and I believe that God was with them when the circumstances they were facing were beyond what any child should encounter.

The licensing worker continued, “So what do you think?”

This seemed like a great fit for us, but I was super tentative to say yes to splitting siblings. I shared that concern with our worker. She let me know they were going to be separated from their brother for sure since it was best for him to stay if he could rather than having to move again. She was doing her best to at least keep the girls together, so they weren’t split into three different homes.

I told her I’d talk to Dustin and let her know for sure, but it seemed like we would be saying yes. It wasn’t an emergency situation since they were in a safe home, so we had a little time to talk it over. She said the family would like to remain in the girls’ life as grandparent figures. In fact, when I first heard the situation, I thought she said they were the girls’ grandparents – stellar communication apparently. Anyway, Dustin and I hadn’t thought about what it would be like to parent kids who had siblings in a different home, but we were open to the idea.

After a short discussion with Dustin about the situation, we both felt that this was the right yes. I called her back, and we agreed to welcome the girls. I felt equal amounts of terror and peace.

Our licensing worker gave our phone number to their foster mom. She called me later that day, and we made plans to have dinner at their house to meet the girls. A week and a half later, on February 21, 2015, we met our daughters and our lives were changed forever.

2 thoughts on “before we met”